This is a hilarious guest post from travel writer Ashley Hubbard.

I’m sitting in the middle of the Adriatic, my shoulders and upper arms are numb from exhaustion, and my mother is doing nothing to help. An hour ago I thought kayaking three hours would be a piece of cake, now I was rethinking my overly confident judgement skills.

After arriving in the Old Town of Dubrovnik from the cruise ship port by way of bus, there were several guys standing around with kayak paddles in their hands. I’ll cut down on the suspense – they were trying to sell half day kayak tours to all of us cruisers. 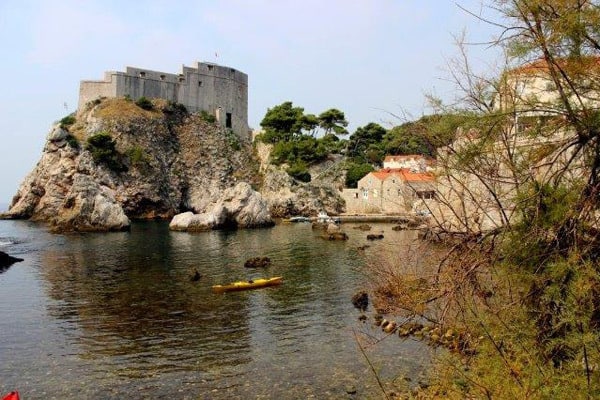 Now, I love outdoors activities and despite only kayaking a couple times (and nothing that could have been classified as anything but tame) I felt like I was more than competent, but I still wasn't jumping all over the idea. In stressful situations, my family tends to do a whole lot of snapping and yelling. We love each other – we just don’t handle those situations well. And, honestly, I just wasn't excited at what I figured would turn into a stressful situation.

In the end, however, my mom’s desire to do the tour won out – like most mothers’ wishes do. We signed up for our time slot and continued exploring the Old Town while waiting for it to begin. Since my brother was an experienced kayaker, he got the one single kayak while we took a double – myself sitting in the back, and mom in the front. 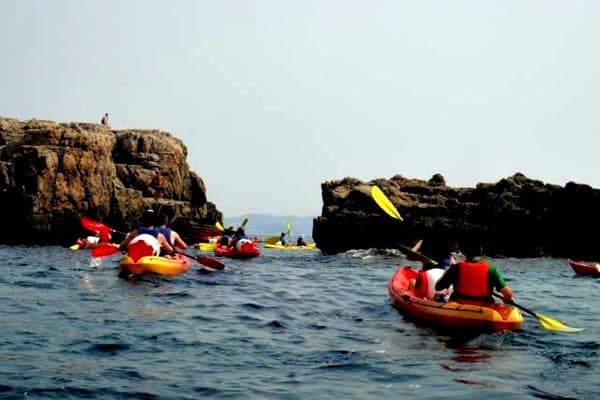 Sea Kayaking in Dubrovnik: And off we go

I feel like the term “it’s like riding a bike…it instantly comes back to you” definitely does not apply here – at least not for me. Riding a bike and steering a kayak do not go hand in hand. Or, maybe it’s because one of us was back stroking while the other was forward stroking and when one would switch to the correct way, the other would also switch – which basically left us going in circles or the completely wrong direction. I don’t do well when I’m flustered, but after about ten minutes of going in circles and cursing each other, we finally managed how to go forward. Funny thing is, after we had our little moment, we were suddenly expert kayakers. So, maybe it is like riding a bike after all. 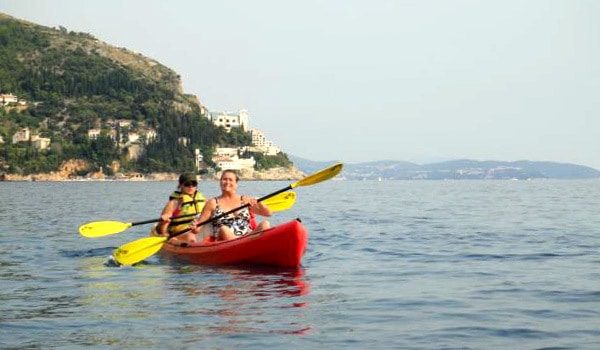 You think trying to paddle on the same rhythm of your kayak partner is a challenge, try paddling double the weight with no assistance. After starting out, my mom couldn’t stop taking pictures, which left me to do all the hard labor. Can’t really complain too much though or else we wouldn't have as many pictures as we do.
After paddling out from a small port beneath Fort Lovrjenac, our instructors led us out to sea. Okay, we didn't really go out to sea – we were still in view of the shore – but for the sake of excitement, we were led out to sea. 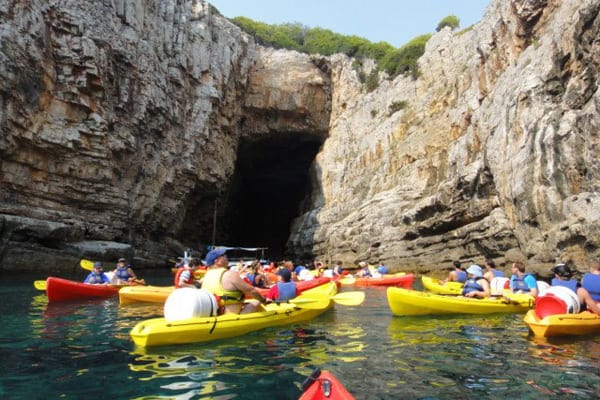 This particular tour takes you to explore several caves as you circumnavigate Lokrum Island – beware – if you have never seen a nude body, you’re about to see a whole lot of them. I’m talking wrinkly, drooping, in your face full body nudity here. Don’t worry, you’re safely in your kayak. Although the way your shoulders feel at this point, you may would rather take your chances among the nudists.

After enjoying the view (of the sea – get your head out of the gutter) and circling around three-fourths of the island, we reached a hidden beach cave called Betina. You get to take a break, eat lunch (included!), do a little snorkeling and cliff jumping, and rest your body. 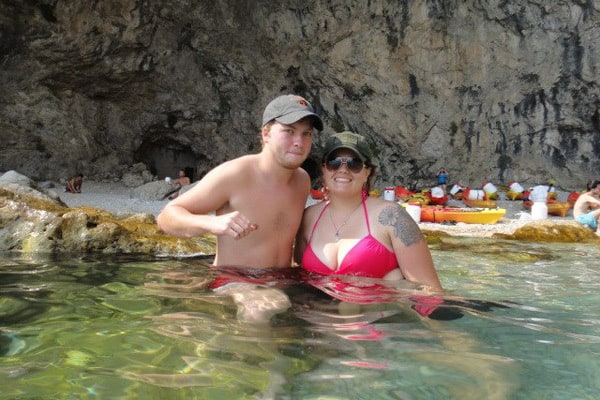 After a short break and some lunch, we got back in our kayaks. It thankfully didn’t take us ten minutes to re-learn how to steer a kayak. A short journey took us back to the port where we said to goodbye to our instructors and fellow kayakers.

Despite my prior inhibitions and my sore shoulders, I thoroughly enjoyed this tour. Sea kayaking in Dubrovnik is a pretty popular pastime and I can definitely see why. I had no idea it was that popular until stepping off the shuttle bus. I didn’t know much about Dubrovnik at all actually until I arrived there. It was simply the last stop on the Mediterranean Cruise – after the “better” ports of call – i.e. Venice, Rome, Florence. I was sorely mistaken – Dubrovnik, and all of Croatia from what I’ve read and seen, is not to be missed. And, definitely don’t miss sea kayaking in Dubrovnik – where else can you see gorgeous views of the Adriatic, the famous city walls, get some exercise and see naked bodies.